Groups of three crop up a lot in spiritual, religious and philosophical traditions. For example the Christian Trinity, the Three Pure Ones of Taoism, and the Hindu Trimurti (illustrated below). In the Kabbalah, the tree of life has three pillars, sometimes called form, force and consciousness, and in the philosophy of G I Gurdjieff,  the Law of Three is a fundamental characteristic of existence:  every whole phenomenon is composed of three separate sources, which can be considered as affirming, denying and reconciling. Groups of three are also found in druid tradition, for example embodied in the Welsh triads (three part verses from medieval times), the three cauldrons of the Old Irish Cauldron of Poesy, and the three legs of the awen symbol. One grouping that I want to consider is that of the three realms – the sky above, the earth below, and the waters around us.

In working with the three realms, I try to become aware of where I am standing – the sky extending above my head into the unknown limits of space, the hidden depth of the earth under my feet, and my place on an island, surrounded by sea on all sides. I think this is part of the point of working with the three realms in a ritual setting – a proper awareness of the three focuses attention on the here and now and fosters stillness. I imagine that in the olden days, when people dug ditches as part of their henges, it was so that the place would seem more like an island, and so encourage a more direct awareness  of the three realms.

The Tairis Gaelic Polytheist Website has an interesting section on the Three Realms as represented in the literature of ancient Ireland and Scotland, and explains that the triple spiral is sometimes used to represent them –  in modern paganism at least. The triple spiral is found in various forms on many prehistoric carvings, such as the entrance stone at Newgrange (see below).

As a symbol of the three realms, the triple spiral has some interesting aspects. Each of the realms is shown as a spiral, perhaps indicating power, or movement, or representing a path that can be walked to a centre.  Another tempting idea is to see the three spirals as representing three different type of mind (perhaps what we would call head, heart and guts) the lines of the spirals reminiscent of the anatomical folds of the cortex.

A key point is that all three spirals are connected together, meeting at a central point. This is perhaps the still point where we can stand if we choose, free of the influences of the three realms, able to see the whole picture.

The Temple of Seven

In the tradition I work in, we see the three realms as manifestations of light, waters and fields of space, three aspects of the universe which come into being at the moment of creation. Each of the three are made real by the interaction between a female and a male presence, so we have three lords and three ladies, each arranged around a central turning point in a seven-fold spiral.

“Three asleep, the Gate, three awake – these seven are the seven potencies which, separated and now conscious one of the other, bring into perceptible existence the servants, the constructors of creation.”² 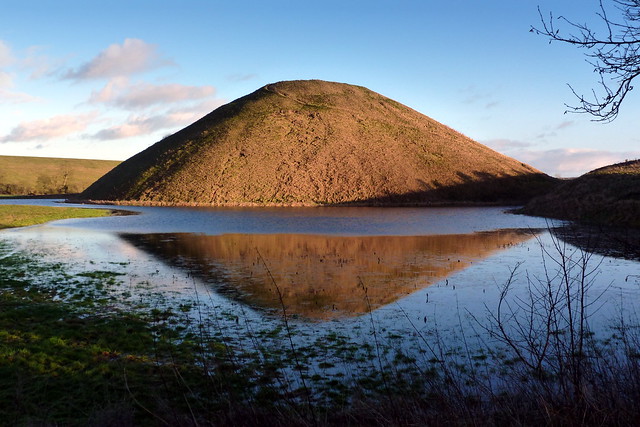 1. The first three of a series of blessings from “The Story of the Finding of Cashel”. http://www.sengoidelc.com/node/28

2. The Book of Jubilee, A Primer of Saros Philosophy

Tairis: Sources for the Three Realms

Wikipedia on the Triple Spiral

druid, mathematician, blogger, gardener...
View all posts by singinghead →
This entry was posted in Archaeology, Magical Life. Bookmark the permalink.

11 Responses to The Three Realms